In this matter, we successfully defended a claim brought by a plaintiff who was injured when she fell down a step at the Bankstown RSL Club ("the Club") on 22 December 2007.

On the day of the incident, the plaintiff was attending a concert in the auditorium at the Club conducted by Glenda and Dennis Yee (second and third defendants), the proprietors of the Glenda Yee School of Dance. The plaintiff had some of her children performing in the concert.

The Supreme Court trial ran for five days before Her Honour Justice Adamson in May 2014.  The evidence revealed that during the course of the concert, the overhead house lights were turned off and would only be turned back on briefly between performances. 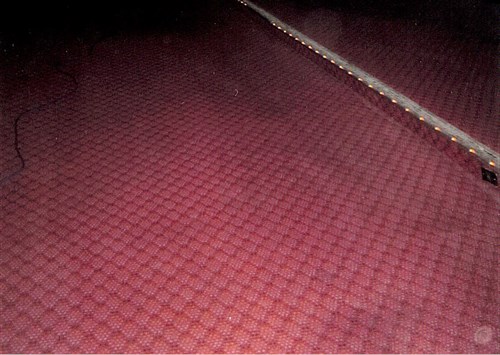 The Glenda Yee School of Dance had sold tickets to the concert and attendees were seated around tables in the auditorium.  Most of the tables were on the wooden floor of the auditorium although there were also tables on two higher tiered sections which were carpeted (see photograph). The plaintiff was seated at her table on the top tier. At the time of the incident, the plaintiff left her seat intending to go to collect her children after they had finished a performance on stage. Whilst there was some illumination provided by the stage lighting, the plaintiff's claim was that the auditorium was inadequately illuminated such that she was not able to see the edge of a step when she fell.

A key factual issue in the case was whether the "strip lighting" on the edge of the steps was on at the time of the incident.

We called evidence from two employees of the Club who were adamant that the strip lighting was operating on each occasion they walked through the auditorium during the course of the concert.  This was also the evidence of witnesses called by the Glenda Yee School of Dance, in particular from Ms Mansour who had a clear recollection of using the strip lighting to guide her movements when she left her seat to collect her children after their performance on the stage.

The plaintiff also relied upon expert evidence from Mr Neil Adams (consultant engineer) and we relied upon expert evidence from Dr John Cooke (consultant architect).  Mr Adams provided an opinion that the strip lighting was inadequate as it could not be seen until someone was very close to the edge of the step.  In contrast, Dr Cooke expressed the opinion that when the strip lighting was on, someone walking towards the edge of the step would have sufficient time to be able to see it.

Although there was video of the concert, it largely focused on the stage and Justice Adamson found that it was not conclusive as to whether the strip lighting was on.  Nevertheless, Her Honour ultimately accepted the lay evidence of the defendants so as to find that the strip lighting was on during the concert and in particular at the time that the plaintiff fell. Her Honour also preferred the expert evidence of Dr Cooke so as to find that the time within which a person could discern the step was adequate.

Indeed, her Honour went further and found that the cause of the plaintiff's accident was her tripping on an unidentified object on the floor.  In this respect, she noted the contents of the Club's incident report completed after the accident and contemporaneous medical evidence.

Her Honour then concluded as follows:

"...I find that Mrs Parker was not looking where she was going when she fell. The   presence of differences in level was a risk that was obvious having regard to the layout   of the auditorium, the tables on different tiers and the illumination from the strip   lighting. Had Mrs Parker been looking where she was going she would have seen the   step and would have avoided any obstacles in her path.  I do not accept that she    was paying attention to whether the change in tier was illuminated.  I am not satisfied   that she noticed whether the strip lighting was on or off.  I am satisfied on the basis of   the other evidence referred to that the strip lighting was probably on throughout the   auditorium..."

The plaintiff's appeal was dismissed by the New South Wales Court of Appeal, with judgment delivered on 21 August 2015.

Macfarlan JA (with whom Simpson JA and Sackville AJA agreed) noted that at trial, the plaintiff's principal case was that the strip lighting was off, although her alternative case was that if the strip lighting was on, the steps nevertheless presented an unreasonable danger to those descending the steps in a darkened auditorium as they could only be seen from approximately one metre away.  This was on the basis of the evidence from the experts in their joint conclave report in which they agreed that a person would not be able to see the strip lighting from more than about a metre away given the angle of the lighting on the edge of the step.

Macfarlan JA said that it was open to Her Honour to find that the strip lighting was on given the lay evidence in the proceedings.  It was noted that "although the auditorium was dark when Mrs Parker fell, there was clearly some degree of visibility ...".

Macfarlan JA then concluded as follows:
"The darkened state of the auditorium would have led a reasonable person to travel Mrs Parker's   route slowly and carefully, watching for tables, chairs, bags and the like including, importantly for   present purposes, the step that that person would have known he or she was approaching.  One   metre's notice to someone proceeding in this fashion is not in my view unreasonable, even if no   account is taken of the prominent metal strip marking the edge of the steps".

The issue in this case as against our client was whether there was a breach of the duty of care  it owed to the plaintiff as occupier pursuant to section 5B of the Civil Liability Act.  In accordance with that provision, there was little dispute that the Club knew that when the house lights in the auditorium were dimmed because of a performance on the stage, the risk of someone missing a step and falling was foreseeable and not insignificant.  However, the trial judge found, and the Court of Appeal agreed, that the precautions taken by the Club in installing metal strips and strip lighting along the edge of the steps amounted to a reasonable response to the risk and that nothing further was required to warn visitors of the change in levels in the auditorium. 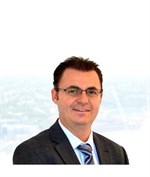 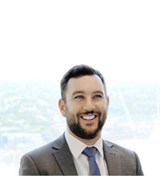