Recovery against employers: a practical review of calculations - Between the Lines November 2015

Recovery against employers: a practical review of calculations under 151Z of the Workers Compensation Act 1987 (NSW)

1.  A worker who suffered an injury at work may be entitled to compensation (such as weekly income replacement) from his or her employer through the 'no fault scheme' provided by the Workers Compensation Act (NSW) (WCA). An award of compensation does not require any finding that the employer was negligent. A worker may also be entitled to damages from his or her employer if the workplace injury was caused by the employer's negligence.

2.  Where both an employer and non-employer are found liable to a worker for damages, and the worker is assessed as having a minimum 15% whole person impairment (WPI) (as defined under the WCA), the employer will pay its apportioned damages assessed under Division 3 of the WCA, and the non-employer(s) will pay their apportioned damages assessed under the Civil Liability Act 2002 (NSW) (CLA), or some other relevant act. Under Division 3 of the WCA, the damages an injured worker is entitled to from his employer are limited to past and future economic loss and loss of superannuation benefits only, in addition to other more restrictive limitations.

3.  Therefore, in personal injury claims for damages arising out of an alleged workplace injury, a worker's total entitlement to damages is the sum of the amounts assessed under these different statutory schemes.

4.  Let's assume that a work-injury matter proceeded to hearing and judgment. There were two defendants: the employer, which was a labour-hire company (Employer), and the occupier of the property (Occupier) where the accident occurred. The worker was assessed as having 23% WPI. The Court apportions liability 15% to the Employer, and 85% to the Occupier. The Court awards CLA damages of $1 million and WCA damages of $600,000.

4.1.   In Scenario 1, the Employer is a defendant in the proceedings along with Occupier.

4.2.  The amount the Employer will pay to the injured worker will be calculated as follows:

4.3.   Occupier's damages will be calculated as follows:

4.5.  In scenario 2, the apportionment of liability as against the Employer and Occupier, and WPI assessment, remain as in scenario 1. However, the Employer has not been joined to the proceedings as a defendant. This means the calculation of the amounts to be paid by the occupier is slightly different.

4.6. Therefore, in scenario 2, Occupier pays the plaintiff $940,000 (plus interest and costs, depending on costs orders).

Note:  As set out above, if there are multiple non-employers, their apportioned liability is again rounded up to equal 50% each and multiplied by the amount to be paid to the worker of $940,000. Those two amounts would be what each non-employer would pay the plaintiff.

4.8.  In that case, no damages will be awarded by the Court under the WCA. The CLA damages of $1 million are simply multiplied by Occupier's apportioned liability. Where there are multiple non-employers, there is no rounding up of liability.

4.10. As you can see from the above three scenarios, where the worker has been assessed as having a minimum of 15% WPI, the non-employer is best off when the employer is joined.

4.11. Therefore, where the worker has not joined the employer, it is important to consider whether there would be any basis upon which the non-employer could cross-claim against the employer.

On 4 April 2006, pilot David Carter, and Simeon Edwards, an employee of Energy Endeavour (Endeavour) were conducting an aerial inspection by helicopter of Endeavour's power lines in St Albans. The helicopter and pilot were provided by Precision Helicopters Pty Ltd (Precision). The helicopter crashed as a result of its rear rotor coming into contact with a catenary wire suspended across a gully by Telstra Corporation Ltd (Telstra).

Mr Edwards sued Endeavour and Precision for damages. That claim was settled by the defendants for $16 million.

Endeavour and Precision commenced separate proceedings against each other and Telstra, each arguing that the others were liable to Mr Edwards and should pay the settlement sum. Under s151Z(1) an employer can recover the amounts of compensation it paid to the worker (such as weekly payments) from other liable non-employers. Under that provision, Endeavour also sued each defendant for contribution for the compensation paid to Mr Edwards.

Significantly, the trial judge determined that Mr Edwards was not a "passenger" in the helicopter pursuant to the Civil Aviation (Carriers' Liability) Act 1967 (NSW) (State Carrier's Act). This meant that Precisions's liability for damages was not capped at $500,000 (as the limit then was).

The Court of Appeal reversed the trial judge's determination that the relevant carriage was not covered by the State Carrier's Act. As a result of the reversal, Precision's liability was strict and the statutory cap on damages of $500,000 for personal injury applied. The Court of Appeal also reversed the decision that Telstra was not negligent.

Precision's damages were capped at $500,000 and that sum was paid to Endeavour to satisfy the s151Z indemnity. As a result, Precision did not have to make any other payments under the Court of Appeal judgment.

Telstra would have been entitled to reduce its damages pursuant to s151Z, as set out at Scenario 1 above. However, as a result of Precision's capped liability and its payment of compensation made to Endeavour (which would have satisfied the whole of the judgment against it), Telstra alone would have been required to pay the CLA damages awarded to the plaintiff.

The above case is a good example of the complexities of assessing work injury damages in multi-defendant, multi-scheme proceedings. 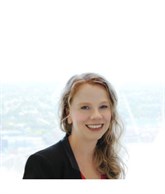