Vicarious liability for sexual abuse - a lowering of the threshold?

Generally an employer will not be vicariously liable for an employee's criminal acts.  However, the High Court1 provided a  "bewildering variety of analysis2" as to when vicarious liability may exist in that context.  In Lepore, Chief Justice Gleeson and Justice Kirby favoured a test where the closeness of the connection between the criminal abuse and the perpetrator's legitimate role for the employer would be determinative.  Gleeson considered whether any "power and intimacy" invested in the employee facilitated the abuse.  Justice Gaudron proposed a test based on estoppels and agency.  Justices Gummow and Hayne proposed a test considering whether the abuse occurred in the course of purported/ostensible pursuit of the employer's interests.   Justice Callinan stated that a criminal act could never be considered analogous to the legitimate interests of the employer.

In practice, following Lepore the varying tests have been difficult to apply, although some appellate courts3 seem to have favoured the "closeness of connection" approach,  per Gleeson.  Until 10 November 2015 however there was not a determinative decision concerning sexual abuse.

Clarification and erosion of the threshold

In 2012 the Supreme Court of the United Kingdom in a case brought by various claimants against the Christian Brothers4 was clear in its formulation of the test for vicarious liability.  The Court considered that vicarious liability would exist where the employer had established the close connection between the perpetrator and the victim, which created or significantly enhanced the risk of abuse; [86].  The Court also considered the vulnerability of the victims; [92].

In August this year the Australian Royal Commission into Institutional Responses to Child Sexual Abuse recommended5 that for certain institutions (including schools) the onus be reversed such that the institutions would have a non-delegable duty and be vicariously liable for abuse unless they can prove that they took reasonable steps to prevent the abuse.  The guilty unless one proves its own innocence scenario would bring elements of the Napoleonic Code to the law of Australia.

In A, DC v Prince Alfred College the plaintiff, a live-in boarder, in Supreme Court proceedings alleged that he was sexually abused by his housemaster while a student at the defendant's boarding school in 1962.  At trial he failed to establish that the closeness of the connection was a designated (rather than an assumed) part of the master's role.

At appeal, however, by judgment dated 10 November 20156, the Full Court of South Australia considered that the presence of the housemaster in the dormitory (where the abuse occurred) was part of his overall role and that the abuse occurred during the "ostensible"  pursuit of that role.  This is not an analysis that former High Court Justice Callinan would agree with, but does in our view indicate the way the law is heading.  Justice Gray had regard to the position of trust and vulnerability of the victim; [127]-[129].  Justice Peek said that the Gleeson test from Lepore was the correct test; [212] and that within the meaning of the Gleeson construction, the relationship between a boarding master and student was indeed one of "intimacy"; [241]. The defendant was found vicariously liable for the housemaster's criminal and deliberate acts of abuse.

All of the Justices determined that the limitation period should be extended under s 48 Limitation of Actions Act 1936 (SA).  The above-mentioned report of the Royal Commission recommended  (p 459) immediate and retrospective abolition of limitation periods for institutional child sexual abuse claims.

The Gleeson test for vicarious liability, requiring the close connection, power and intimacy seems to be the preferred test in Australia.  The UK Supreme Court and the South Australian Full Court have left very little doubt that vicarious liability will exist in a boarding school context7 and that it is sufficient even if the abuse occurred only in the ostensible pursuit of the perpetrator's duties. The threshold for vicarious liability is clearly lowering for sexual abuse. Previously we would never have accepted that criminal acts were in the "ostensible pursuit" of legitimate duties.

With our experience in policy drafting and interpretation as well as acting for defendants in the context of alleged institutional sexual abuse, Thompson Cooper Lawyers is ideally placed to assist in responding to and preparing for such claims. 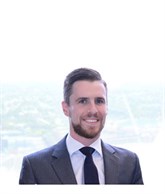