Thompson Cooper acted for an acoustic engineering consultancy firm in a subrogated recovery claim brought by a large infrastructure contractor in Australia.  The contractor claimed more than A$48 million but recovered only slightly more than A$5 million in a judgment handed down by the NSW Supreme Court on 17 December 2014.

The contractor performed works in the construction of the A$2.3 billion Epping-Chatswood Rail Link tunnel, a major piece of infrastructure linking Sydney's northern suburbs.  The contractor engaged our client to advise on how much acoustic material was required to meet a contractual specification designed to control reverberation levels which related to noise in the tunnel.  It was later asserted that sound levels in the tunnels were too high.  The head contractor brought a claim against the contractor which was settled with its insurers paying over A$25 million for proposed rectification works, before those works were carried out. The contractor sought to recover that amount and Interest from our client the consultant. When the works were carried out the actual costs were less than $15 million. 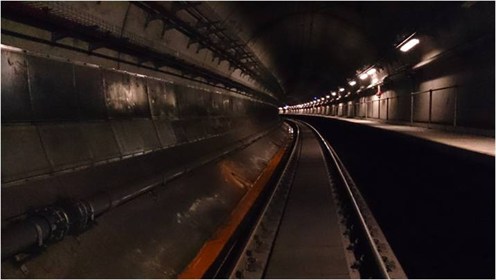 Section of the tunnel, showing the metal acoustic panels on the left hand side.  Photo: P Riordan

The general rule is that the plaintiff must prove its loss. The contractor sought to invoke an exception to that rule where the courts will permit a plaintiff to recover what it paid to settle a claim against it from the party at fault if satisfied that the settlement was reasonable. The court accepted our argument that the settlement was not reasonable and that the process by which the contractor costed the future rectification works was flawed.

The settlement amount was determined in advance based on projections; not on actual costs. His Honour did not accept that the costs incurred by the contractor in settling the dispute were "reasonably related" to breach of duty. Indeed the actual costs of rectification after the contractor's insurers had paid the projected costs were approximately A$10 million less than the projected costs.

While not accepting our primary submission that the plaintiff, having failed to prove loss should receive nothing, the Court (by reference to documents extracted by us that showed that the contractor ultimately did the work for much less than the insurance payout) performed its own calculations to make an award including interest of just over A$5 million.

The NSW decision of BNP Paribas1 allows the Court to assess damages for itself if the settlement is not reasonable.  However other authorities including the subsequently handed down Victorian Court of Appeal decision of BHP v Steuler2 demonstrate that the court will not do so where there is insufficient evidence on which to assess damages. Steuler also noted that "a settlement between A and B ... which is commercially attractive but is not based on the legal merits ... cannot constitute a reasonable settlement ... in a proceeding brought by B against C which seeks to impose on C liability for the settlement amount".

Close scrutiny of the professional advice and reasoning processes that led to the A$25 million payment demonstrated that it was flawed. Caution should be exercised in making such payments based on projections rather than actual costs if it is hoped to subsequently recover the amount paid from a third party. Underwriters prosecuting or defending a recovery claim based on a settlement should carefully consider the objective reasonableness of the settlement. If the settlement is not reasonable the claim may fail entirely if there is not enough evidence for an alternate assessment of damages. 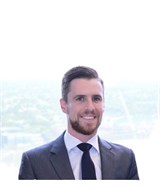