Thompson Cooper Lawyers acted on behalf of Mirvac Real Estate Pty Ltd ("Mirvac") in a personal injury claim brought by Mr Vangu Kitoko. We successfully defended Mirvac's position in both the District Court of New South Wales and in the New South Wales Court of Appeal.

The case attracted some media attention but there was no adverse publicity about Mirvac.

Mr Kitoko brought proceedings against Mirvac as the owner of the Broadway Shopping Centre and Access Group Solutions (Australia) Pty Ltd ("Access") as the contracted cleaner. Mr Kitoko claimed that he was walking through the shopping centre to the carpark which necessitated him walking through a glass sliding door. As he approached the glass doors he saw that they were open. Mr Kitoko said there was a slightly transparent viscous material on the floor in which he slipped, causing his body to move forward so that his head struck the glass pane in front of him. It is important to note that Mr Kitoko's evidence was that but for slipping he would have turned left to walk through the open door. He denied simply walking into the glass pane.

Although Mr Kitoko initially instructed solicitors at the commencement of the proceedings, he later represented himself in both the District Court and before the Court of Appeal. Our experience is that the Court will always try to assist an unrepresented litigant and there was no exception in this case. The Court afforded Mr Kitoko considerable leeway in looking at the limits of his pleadings and particulars. The Court also assisted Mr Kitoko by allowing him to give his evidence in chief by responding to questions from the trial judge.

Mr Kitoko holds a bachelor's degree in Electromechanical Engineering and was enrolled in a PhD course in Medical Engineering at the University of Technology, Sydney at the time of the alleged incident. He conducted himself with confidence throughout the Court proceedings.

Mr Kitoko's claim was heard in the District Court before his Honour Judge Elkaim in August 2015. Mr Kitoko initially provided the Court with a schedule of damages exceeding $4 million. He later indicated that he would be satisfied with $750,000 after realising that the District Court has a jurisdictional limit.

Judge Elkaim found Mr Kitoko's version of events did not match the CCTV footage and said, "I can only conclude, giving him the benefit of the doubt, that his version is a rationalisation on his part of what had occurred following him walking into the glass pane and then reacting with shock and surprise and searching for a plausible reconstruction of what may have happened."

In September 2015 Mr Kitoko appealed his Honour Judge Elkaim's decision. The grounds of appeal related mainly to quantum apart from one ground which concerned the admission of the CCTV footage into evidence. Mr Kitoko made an accusation that inconsistent and "faked" CCTV footage had been allowed into evidence.

The Court of Appeal dismissed Mr Kitoko's Appeal on the basis that he failed to demonstrate any error in his Honour Judge Elkaim's Judgment and that there was no negligence on behalf of either Mirvac or Access. The Court of Appeal found that there was simply no basis for any conclusion that such injuries as were sustained were occasioned by any negligence or breach of duty on the part of either of the respondents.

Mr Kitoko has been ordered to pay Mirvac and Access' costs.

The importance of CCTV footage

CCTV footage can play a crucial part in the outcome of a case. This case demonstrates the importance of CCTV footage in all personal injury proceedings, especially those involving slip and fall incidents. CCTV footage shows the facts and reality of a situation in a vivid form and can be invaluable to counter evidence provided by the plaintiff and/or other parties in the absence of an incident report, cleaning contract and/or evidence of cleaning rotations.

This case is also exemplary of the weight that the Courts place on CCTV footage in comparison to expert liability evidence. The Court treated the liability expert reports served by the defendants in this case as corroborative of its finding on liability rather than formative of it and found a plain viewing of the CCTV footage was more helpful in assisting it to form a view on liability. 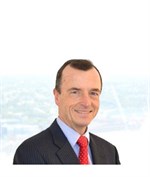